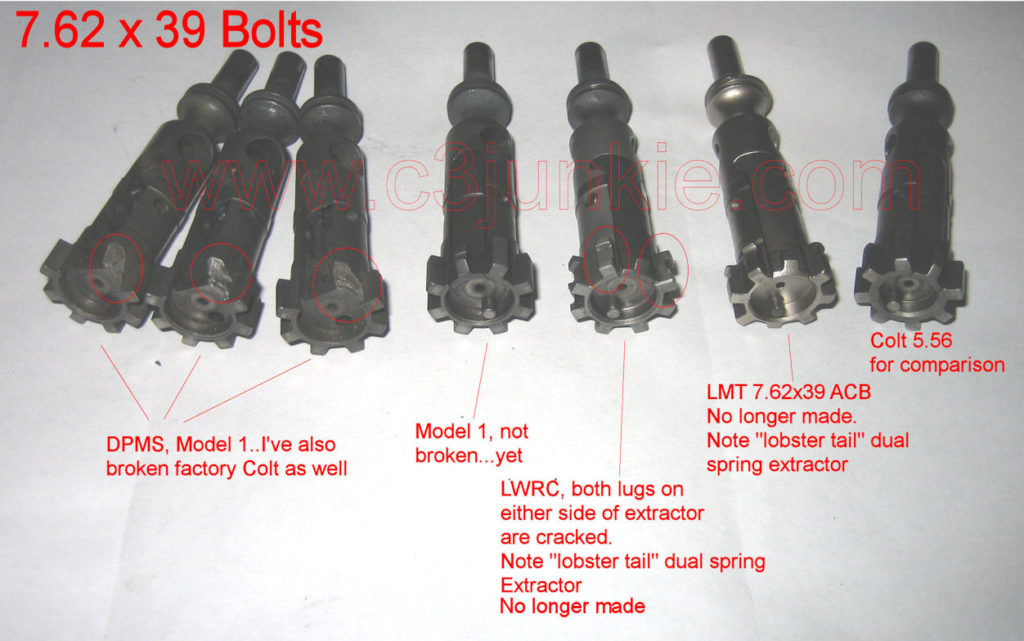 Back then there were very few quality options for 7.62x39mm bolts. With more competition, higher quality bolts are now available.  I’ve even used PSA KS47 bolts in full auto with 7.5″ barrels with no breakage.

I think Mike Otto of Michael’s Machines was the first person to come out with an AR setup that used unmodified AK mags / drums.  It was called the AR47.

He had instructions on his website of how to modify uppers and carriers for the required modifications.  This is an old web archive link with those details:  https://web.archive.org/web/20040420185752/http://www.ar47.com/mod1.html

Before PSA came out with the KS47, you had very few choices for a carrier that was already clearanced for unmodified AK mags and drums.
Pictured below is a carrier I had clearanced for AK mags/drums.  I also had the carrier drilled for the spring pin used in 9mm bolts for weights. 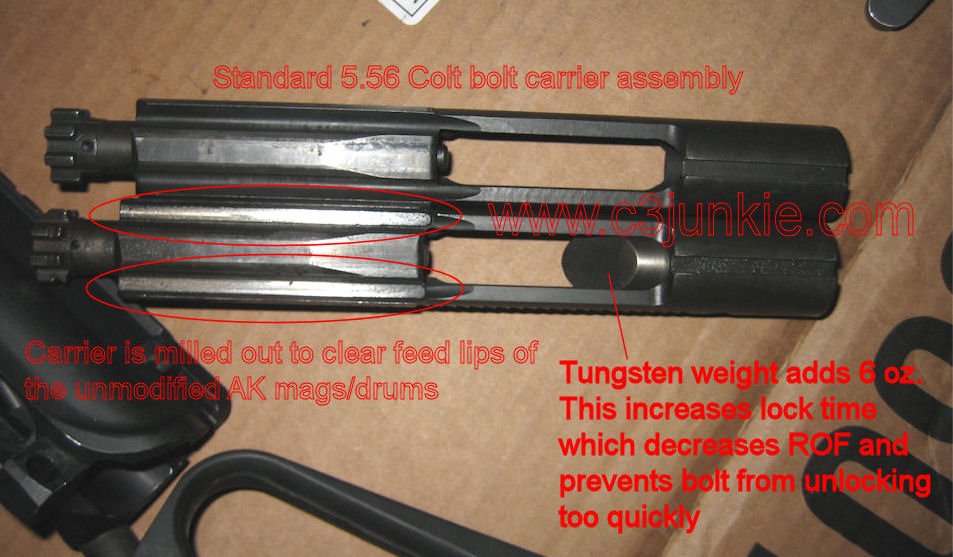 Pictured below showing some of my BCG’s setup for unmodified AK47 or AK74 mags. 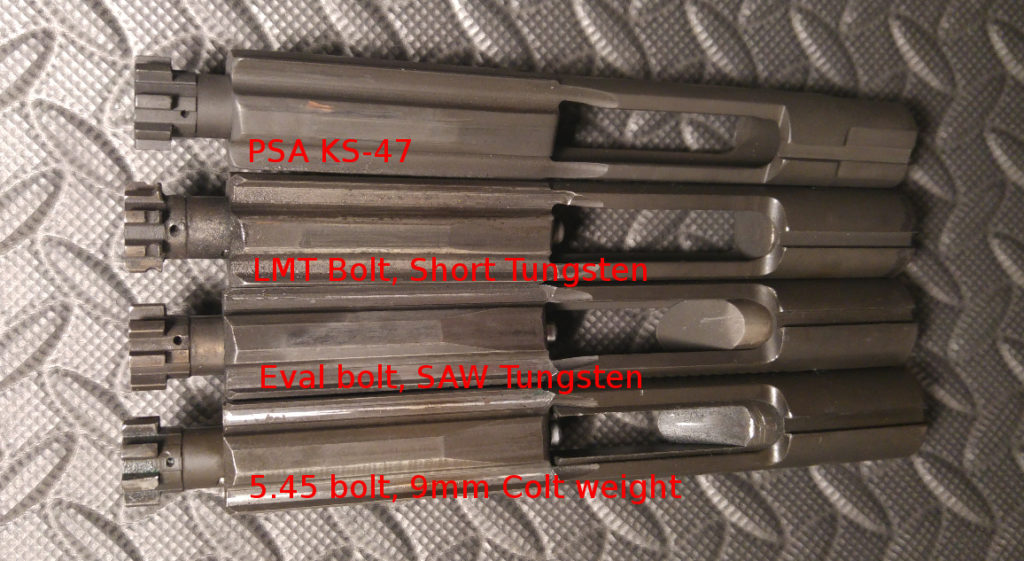 A picture of modified DPMS Hi Rider and Lo Pro uppers that have been clearanced for AK mags/drums. 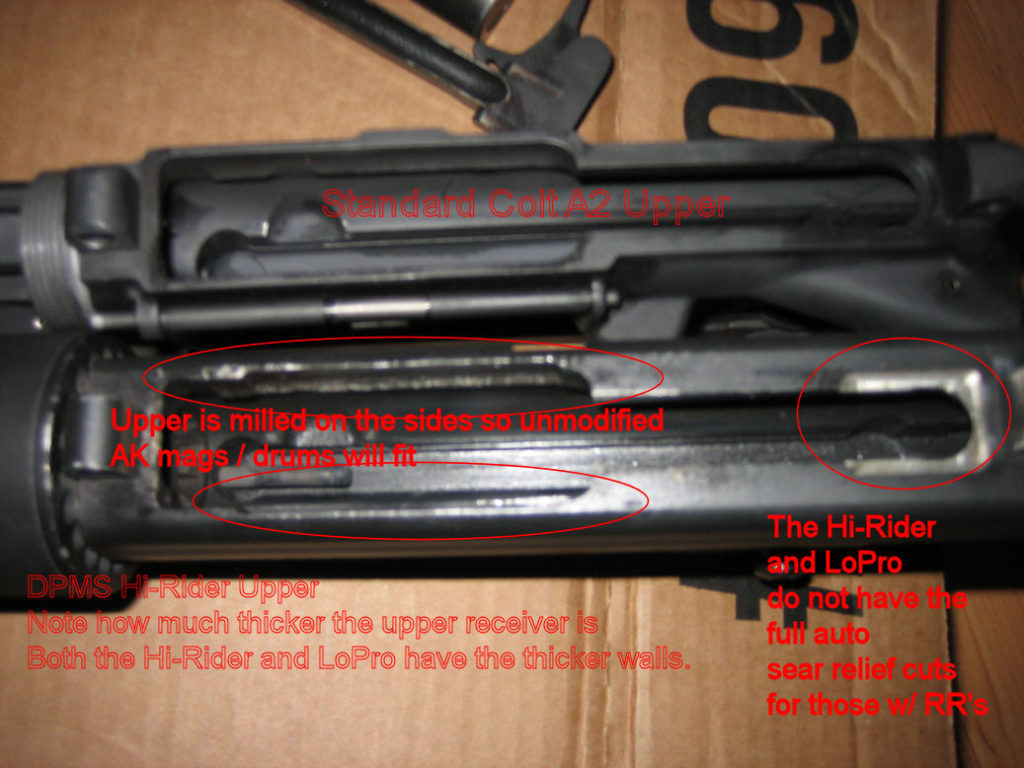 These days, you have the option of the PSA KS-47 uppers and Billet Rifle Systems for pre-clearanced uppers.

I ‘think’ there are 3 generation of PSA-KS47 uppers….at least two for sure as I know they definitely did billet first then did a forging. 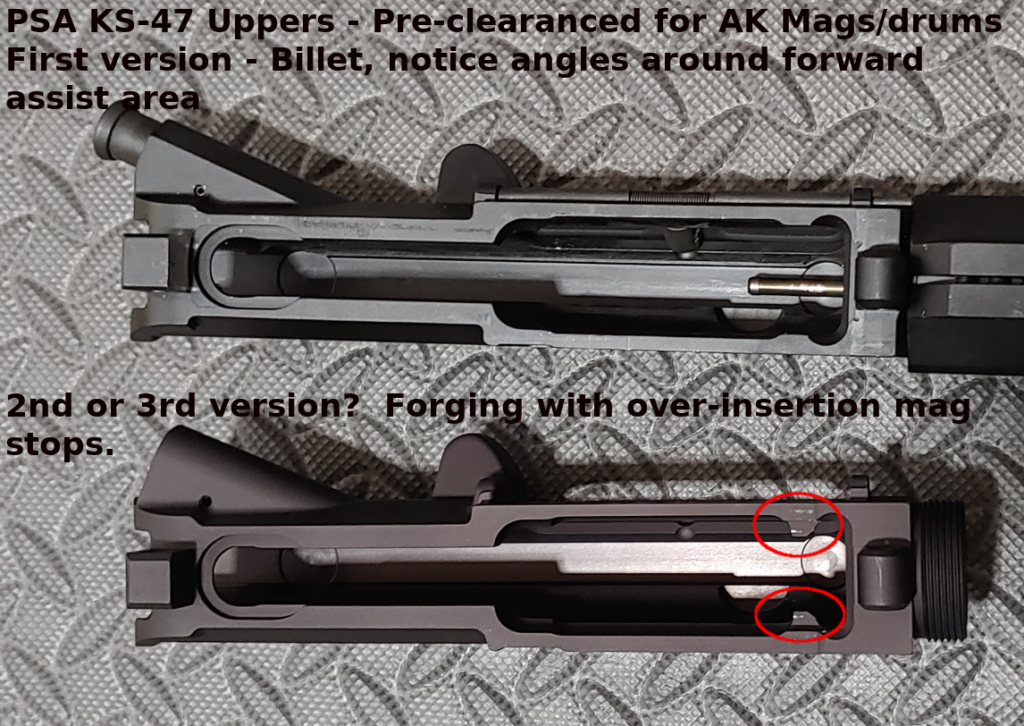 As a side note, I think these uppers would work well for a CMMG RDB build for use with MP5 mags or Scorpion mags as as those would require a clearanced upper.  If you can’t get an early upper, I would think you could just cut off the over-insertion stops if they get in the way of either mag.

I think the PSA Uppers are the only ones with the over insertion feature.  They also may be the only ones offering pre-modified carriers.  Complete uppers are very reasonably priced and go out of stock often. 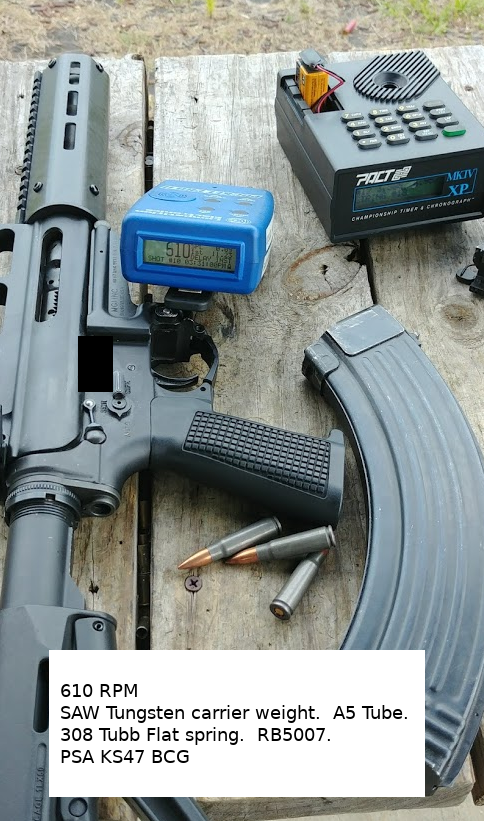 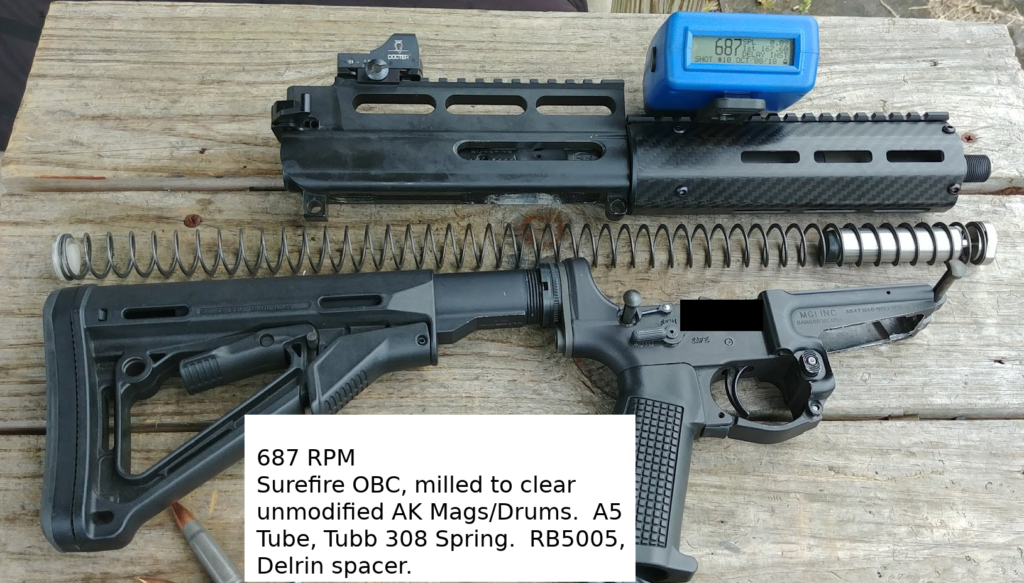