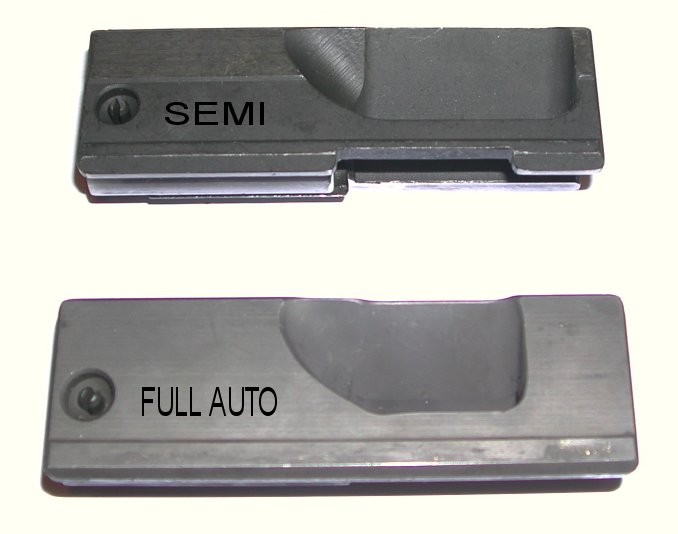 This picture shows the differences between the Semi and FA bolts. 1. The FA bolt has the lower rim at the bottom of the bolt while the Semi does not. Trying to use the Semi bolt without the lower rim in FA will usually result in light primer strikes. 2. The Semi extractor’s claw is not symmetrical. The FA extractor has a larger gripping surface. 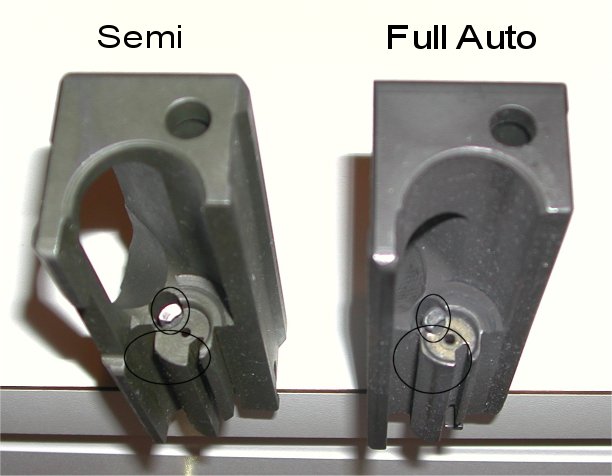 Another picture showing the existance of the lower rim on the FA bolt vs the lack of the rim on the Semi. 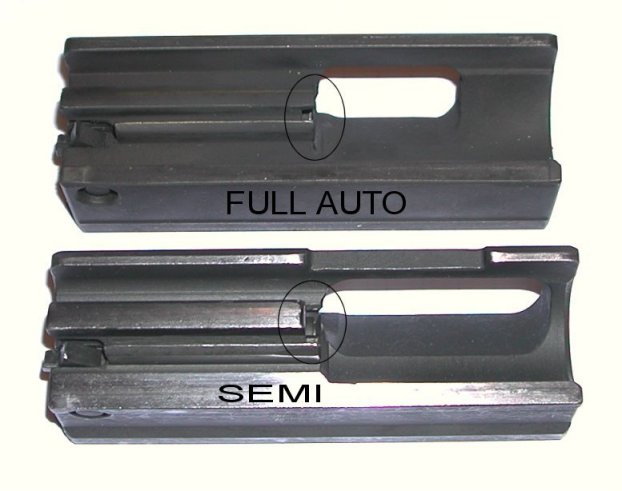 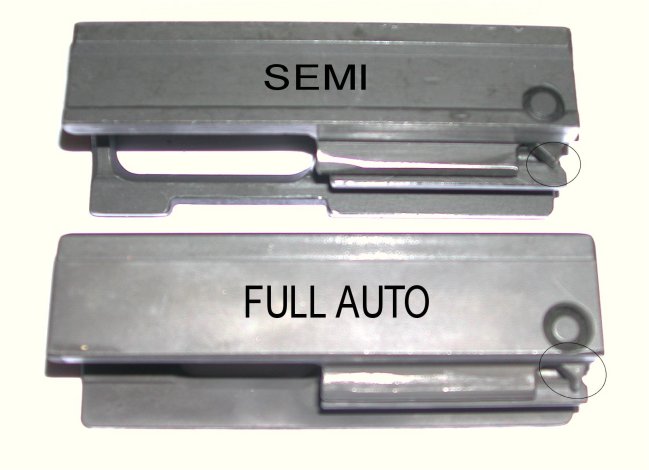 Looking from the rear, there is not much difference. You can again see the relief on the right side of the SEMI bolt. 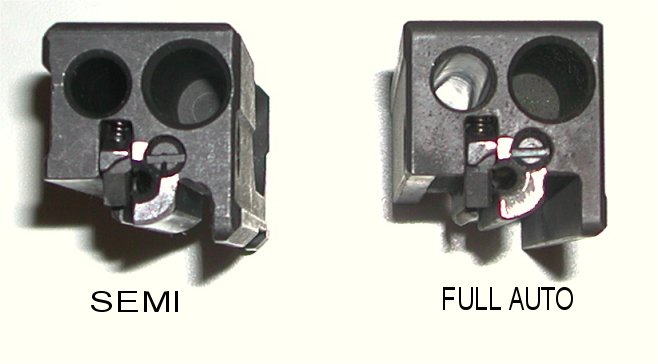 The striker assembly is the same as the SEMI.

The FA OPEN and CLOSED bolt assemblies side by side. Note the difference in ejection ports. 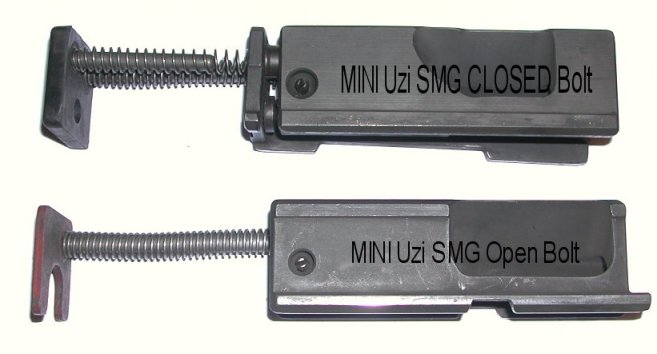